“We would like to congratulate all the Candidates for the 40th United Association Convention,“ said Business Manager Valentino Ceria. The election ballot counting was performed on April 20th at 720 Iwilei Road, on the 2nd floor and election results certified by Randy Shimotsu CPA, LLC. The top 18 highest vote counts as well as the salaried elected officials will represent Local 675 at the convention, and the remaining 2 will be alternates in case any of the elected delegates is unable to remain as a delegate. Business Manager Val Ceria expressed his gratitude and thanked all the candidates for their willingness to serve our union and appreciates all those that voted and and participated in the election process. 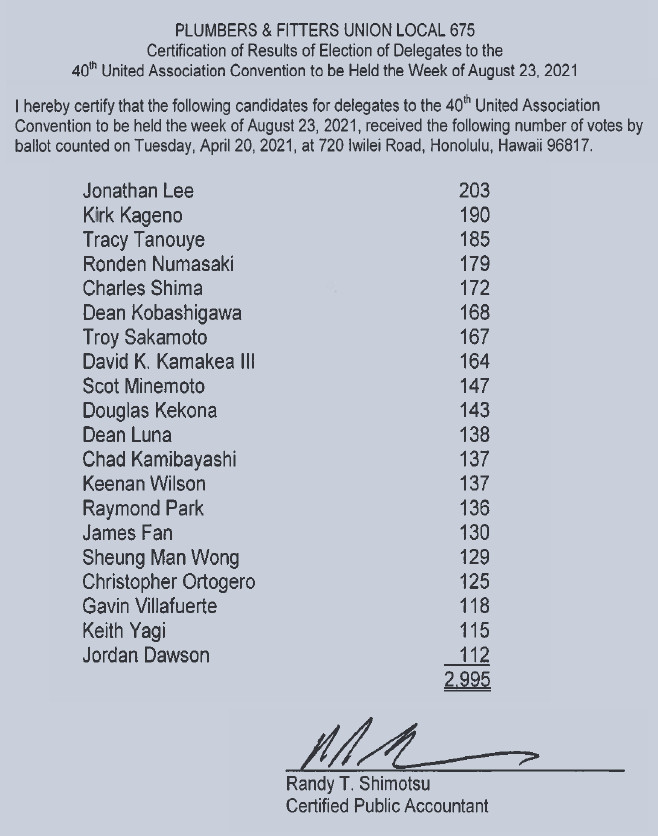