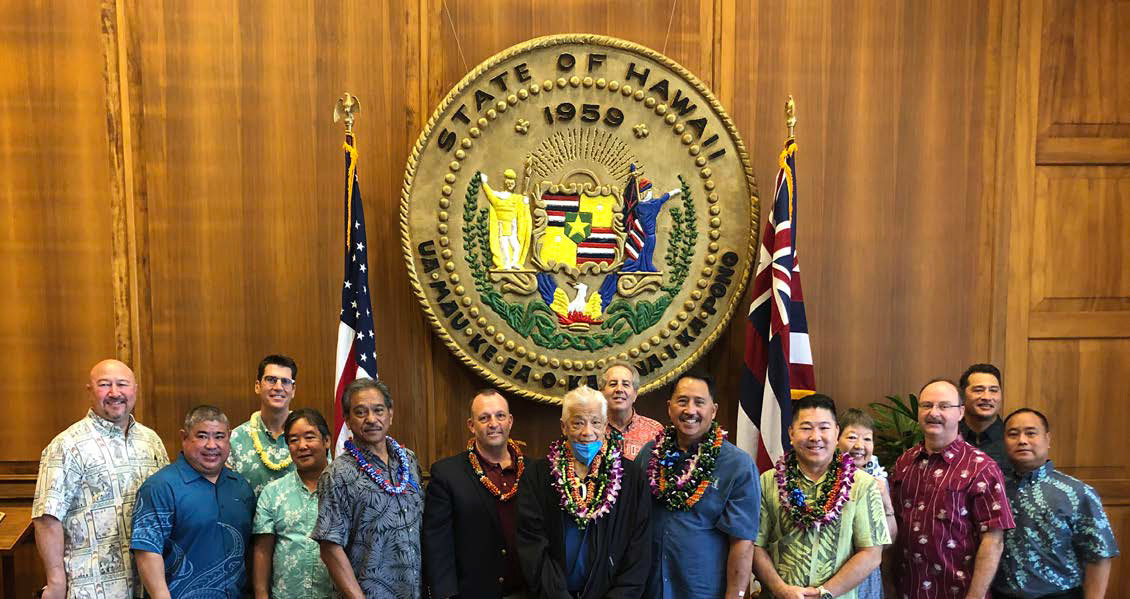 On November 4, 2021, Mr. Obrero suffered what was later to be diagnosed as cardiac arrest while participating in a golf tournament with Lee. Aware of what had just occurred, Lee immediately began administering CPR/First Aid from previous training he had received as a member of Local 675. With no AED on-site, Lee knew that every second was critical. As he continued to administer CPR, another good samaritan who was also golfing that day and just happened to notice what was going on, came over to offer additional assistance. This good samaritan just happened to be retired City and County EMT (Emergency Medical Technician), Donald Yata.

Together Lee and Yata continued to administer CPR/First Aid until first responders arrived and transported Mr. Obrero to Wahiawa General Hospital where he later recovered and was eventually released. Hospital staff stated that Mr. Obrero would likely not have survived had CPR not been administered as quickly and aggressively as it was. Mr. Obrero is undergoing therapy and recovering more and more every day.

Heart Disease is the number one cause of death in Hawai`i. Of the more than 350,000 cardiac arrests that occur outside the hospital each year in the U.S., only about 1 in 10 survive to hospital discharge, according to American Heart Association statistics.