Ringing in the New Year 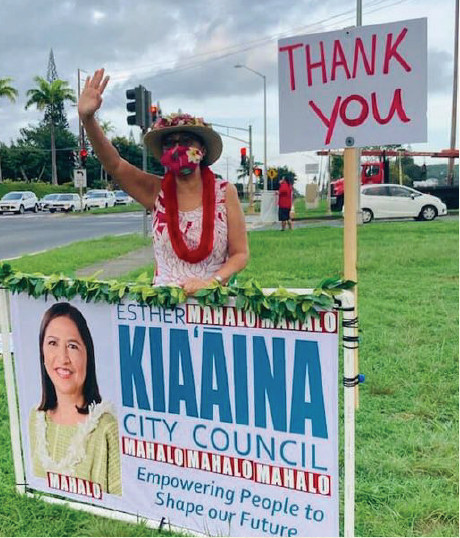 Aloha and Happy New Year to Our Local 675 ʻOhana!!

On behalf of Business Manager, Valentino B. Ceria and Pipefitters Political Action Committee, we thank you for your continued support and involvement in the election process. Your participation in the 2020 Primary and General Elections has been tremendous. Hawaiʻi experienced a record turn out of votes in the 2020 Elections which undoubtedly will only strengthen our democracy and our union ʻohana.

Local 675 was very active in this year's election and it paid off. On races identified as 'key races', Local 675 achieved a 75% win percentage which is extremely critical considering what is at stake especially on the local city and county level, where there will be major changes in leadership and where we continue to defend our plumbing code and our jurisdiction. Similarly, on an overall statewide basis, Local 675 achieved an equally impressive 76% win percentage for 2020.

Nationally, with President-Elect Esther Kiaʻaina, City Council of Honolulu Hawaiʻi Island Mayor-Elect Mitch Roth with wife Noriko. Biden and Hawaiʻi's Congressional Delegation, including re-elected Congressman Ed Case and newly elected Kaiʻailiʻi Kahele, we are optimistic that Hawaiʻi will be more in-line with national policies and Ringing in the New Year 2020 General Elections Produce Optimism and Hope for Local 675 initiatives that support our United Association (UA). We are further encouraged that the results of local elections will further Local 675's continued success, having elected local leaders on all islands that are committed to working with Local 675 on issues that are important to our industry and our membership.

Overall Local 675 has positioned itself to ensure the continued success of our industry, our members and their families. Local 675 and its leadership will continue to work hard to maintain the kind of level of success and growth it has fought hard to attain over the last century.

If you would like to be more involved or learn more about the political process and government affairs in general, please do not hesitate to call the Local 675 office, or Kika G. Bukoski, Director of Government and Community Affairs at (808) 441-1033.